This blog is a progressive work.
The words are being pulled from the paper diary I kept during my time in France. 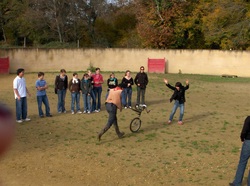 Lislebonne is 135km south east from Bordeaux. We went to a bill fighting training center. There was a museum of costumes and training techniques. We went in the ring and practiced with a wooden bull- it was really neat! Next a man on a bike with bull horns came into the ring! Then came a pig! Finally a baby bull! It was so neat to see how the bull fighters progress. Thankfully, it was also 'no kill', so the bulls aren't hurt at the end of the shows. 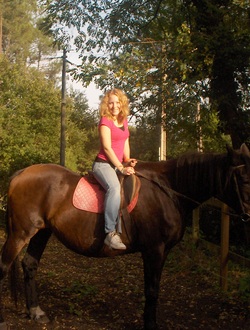 It turns out the horseback riding is the best way to see the north part of the bay. Beautiful! 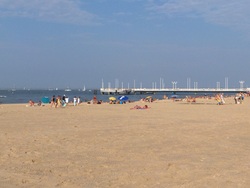 Cap Ferret is the north western town on the bay. It is also the most expensive area. Celebrities, such as Leonardo DiCaprio have homes there. Nearby, there is an 'aeroparc'. It is an obstacle course in the trees- very neat! It ended with a zipline through the trees, where you could see the ocean for the whole ride. 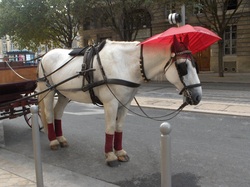 Bordeaux! Haircut, cheese sampling, and shopping- what more could I want! 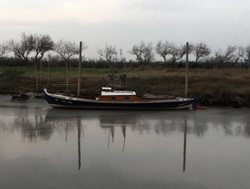 I've been living on the Bay for 2.5 months now. I go to Andernos almost daily for school, but have never seen anything outside of the school grounds. Today was that day! There is a great boardwalk all along the downtown. Most of the shops our touristy (turns out the Bay is quite the the hopping place in the summer!), but those were closed up, so only the local shops remained. 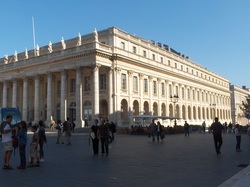 HAPPY HALLOWEEN! Today I went to Bordeaux with some friends. We dressed up in costumes and went shopping. We were stared at by everyone who passed. It turns out... most people don't celebrate Halloween, and definitely not those over the age of 12. Ooooops.... 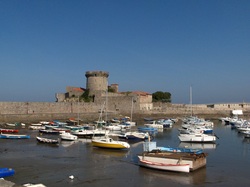 Pays Basque is a region on the border of France and Spain. It has a unique culture- music, games, and food! We did a tour of the region and the neighboring towns of Biarritz and Bayonne. It's a beautiful region! There were tons of surfers and some really cool shops. I love how diverse this country is! 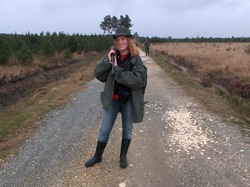 Today was the first time I've been hunting. We went 2 hours east of Bordeaux to a forest. There was a tree house constructed 18 meters up a tree in the middle of the forest. The family I was with has brought 5 pigeons with them, who they tied to the tops of trees via a pulley system. There were cords attached from the birds tot he tree house. As flocks of pigeons flew by the area, the cords were pulled, causing the tied pigeons to flap their wings. This encouraged the flock to land near it, making them an easier target then flying birds. If any of the birds were shot from the tree house they fell to the ground where the dogs collected them. The dogs would then bring the birds to a basket at the bottom of the tree house where a pulley brought the birds into the tree house. The season is only three weeks long, but it is a really popular activity for families in this area of the province. 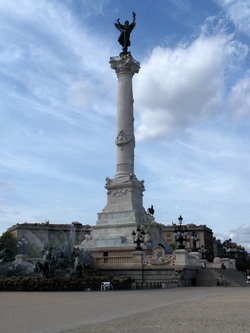 Another Bordeaux weekend! Sushi restaurant, sleeping in, and touring around the city. This was my first time going around the city by car rather then by foot or train, so I got to see some different sights. There is a gorgeous gated park in the middle of the city- beauty! 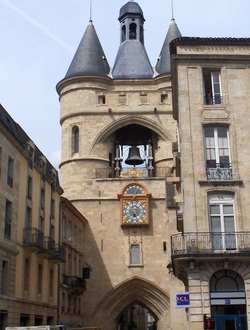 Back to Bordeaux! Nothing like a day of shopping and a night of salsa dancing to spice things up! It still amazes me how beautiful this riverside city is! 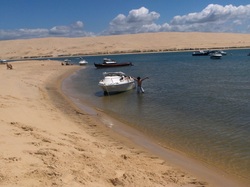 Sailing is so fun! I went on an amazing yacht, sailing on the Bassin d'Arcachon. We sailing right past the 'Dune a Pyla' and parked on the edge of a little island. It wasn't long before the island got bigger.... and bigger! Soon the entire tide was out! We jumped down from the boat and started collecting mussels, clams, and scallops from the sand. We cooked them up for dinner- definitely the best seafood I'd ever had! The weather here is amazing, who would have thought that I would be spending the last day of September in a bikini! 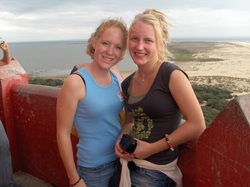 There are hundreds of lighthouses all over France I went to one of them today. There were 304 stairs to the top. The view from the top was amazing, you could see the entire city and the ocean behind it. Close by is a beautiful indoor garden with a huge butterfly house. The highlight of the garden was a section of Bonsai trees, including one 1000 year old tree. For lunch we a giant Paella. It was cooked outside via steaming in a 8 foot by 3 foot box. The meal was amazing- peas, rice, mussels, fish, clams, shrimp, and sausage all mixed up! 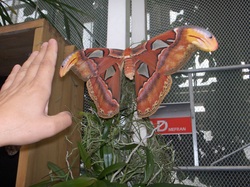 Royan is about 3.5 hours north of Bordeaux. It is on the ocean and home to the best zoo I've ever been to! Right at the entrance there was a cage with giraffes. There was only a short wall surrounding them, meaning that you could reach out and touch the giraffes! One even licked my hand! Most of the cages had a way that you could touch the animals inside. 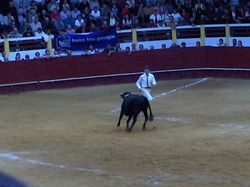 Ole! Heading down to the Spanish border I went to a bull fight. Thankfully, it was not traditional in the sense that the bull was not killed at the end. It was amazing watching the men dodging the bull- it looked like dancing. They wore beautiful gold and red outfits. A five course meal followed. I don't think I've ever eaten so much before... it's like thanksgiving every day! 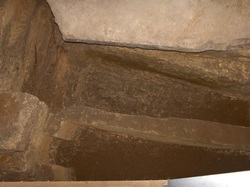 St. Emilion is a town famous for producing the oldest and most robust wines in the Bordeaux area. The town was built long before the era of vehicles, so the roads are extremely narrow. The entire town is built out of stone. There was a church, complete with catacombs. The bones of long buried priests are still visible! I went to a private vineyard to learn about the process of creating these famous wines. I got to sample many varieties, but nothing seemed too exciting... I suppose that I have some work to do before I become one of the connoisseurs that everyone around here claims to be! 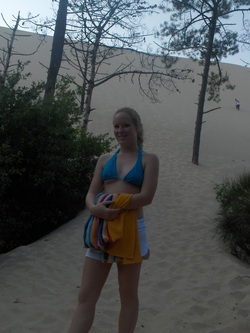 Arcachon is the south western most town on the Bay. It is also the home of the "Dune de Pyla". It is the largest sand dune in Europe, measuring 117m. The climb up the dune is a popular tourist attraction, however it was exhausting! Thankfully, the view from the top makes it all worth while. We arrived just before sunset and I got my first real look at the Bay. It is huge, beautiful, and so pristine. As the sun went down I saw the best sunset of my life. I think that I'm going to be very happy here! 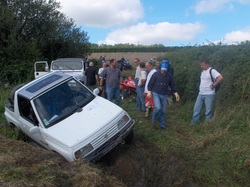 I traveled over 100km to the other side of the Gironde to Caplong to attend a car rally. There were around 100 people participating in teams of 4. I was in a team with a couple and a little white dog. We raced through out the French countryside, taking a break only for a 5 course lunch (of course). There were some awesome water and mud traps! Although my team did not win the rally, it was still great fun!

It was an exhilarating way to see more of my new home! 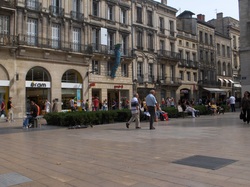 I finally feel like I'm in Europe! I took a train to Bordeaux, the largest city in the region. It is about 50km from where I am living- a quick ride away! Bordeaux is a beautiful city. It was once a closed city, so there are walls that run along the center of the city, enclosing the downtown. It seems like there is a church at every second corner and more people drinking coffee in little pastry shops then walking around. There is an outdoor shopping street called Rue St. Catherine filled with tons of shops I've never seen before. There were pigeons everywhere and the buildings looked so... old! It's the typical European stereotype and I love it! 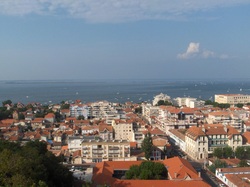 Bonjour! I have officially touched down on French land! I am staying in the small 'town' of Biganos. 7500 people, right on the water- what a dream! The area is a group of small towns all connected by roads along the edge of a bay. It allows almost every house to be very close to the water. There are kilometers of ocean front trails for biking. Beaches line the entire bay. It is amazing here!

Everyone is extremely friendly! It seems like everyone I meet is kissing my cheeks- I never been touched by strangers so much before! People are trying to explain things to me, but my French leaves a lot to be desired at the moment. I just nod, smile, and say 'oui'. I figure it will get me pretty far!